We invite you to join us for our Advent & Christmas Events! Click on the Worship link below for a listing of dates and times. 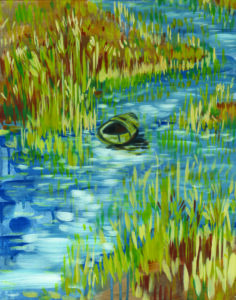 Moses’ mother and Miriam plot a clever plan, but it’s far from foolproof. The risks far outweigh their chances for success. What if the basket they place him in leaks, drowning him instead of keeping baby Moses afloat? What if the current gets too strong, or the winds pick up, or he gets stuck in a tangle of reeds? What if the wrong person finds him and fulfills Pharaoh’s command? What if Pharaoh’s daughter is moved with disgust when she sees what floats into her private bathing quarters? Even if Pharaoh’s daughter decides to keep the child as her own, what will keep Pharaoh from killing Moses when she’s not looking?

Their plan is too perilous, too fraught with danger for any infant to endure. And yet, we know of mothers who risk desert heat, fatigue, illness, dehydration, criminalized border crossings, and facilities with cages to pursue the slight chance—the mere hope—of survival for their child. Why would they do this? Because to stay home and succumb to the sure threats of genocide—or gang violence, or civil war—is far more dangerous. In this image, I gave the viewer the vantage point Pharaoh’s daughter might have had. What melts her heart with mercy when she sees this Hebrew child float downstream? Was a well of rebellion rising up within her, making her eager to subvert her father’s orders? Was she poisoned like most Egyptians with bias against the Israelites, but did the innocence and vulnerability of an infant shift her heart toward love? Had she desperately wanted a child of her own? Regardless of her motives, Pharaoh’s daughter uses her power and privilege to act as an ally to Moses and his family in their worst unraveling. It’s not a perfect solution, but God doesn’t need perfection to achieve liberation.